True to our values, we believe flat is where it’s at. That said, we also know the value of experience. You can’t merge an industry as old as insurance with tech as innovative as ours without seasoned hands at the wheel. Especially if you’re the first company to do it. So, ready to meet the team that’s going to take us to the top? 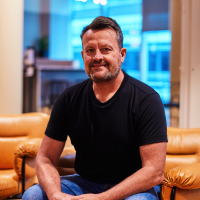 As well as founding Humn, Mark is co-founder of two girls. He spent the first 10 years of his career building an ISP, e-commerce shopping engine and payment gateway. After that, Mark went on to create complex post-trade matching, settlement and portfolio management systems at marquee investment banks. In 2016, Mark started working on ideas that became Humn, conceptualising a new way to calculate and price insurance risk in near real-time. 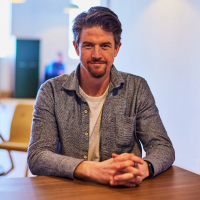 Trained in New York as an economist and welder, Peter joined the founding group as a reformed banker with experience in global and local institutions such as JP Morgan Chase and Lloyds. He now leads all customer-facing teams and oversees growth at Humn, working with the team to grow customer value through our technology and service. 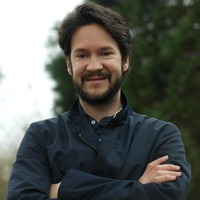 Alberto leads the Engineering department and is responsible for designing and building the data platform from a technical perspective, and scaling it organically through his team. Alberto has spent most of his career building scalable low-latency data pipelines and data analytics platforms in Financial Services. He has a passion for Open Source and has contributed to several projects over the years. 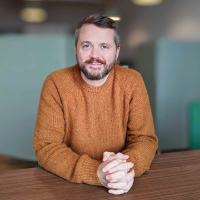 Chris leads our Data Science team in building the most innovative risk models around. Before Humn, Chris worked in finance running product, data and analytics departments at multinational banks in Europe and Asia. He has a passion for everything Python!

Drawing on her experience at Lloyds, Merrill Lynch, GE Capital, Barclays Investment Bank, Sana is now responsible for finance across the organisation. To complement her extensive industry experience, Sana is also a world-class academic with a MA Engineering from the University of Cambridge.

James is primarily responsible for strategic partnerships, expansion, as well as strategy, more generally. He has spent the last 10+ years in mobility start-ups, having previously worked in investment banking. He has seen first-hand the challenges that have historically plagued commercial motor insurance and believes Humn can bring about real change.

Roland is a qualified actuary with both the German and the Swiss Actuarial Societies. In his 25+ years in the insurance industry he has covered all relevant topics in motor insurance, both in primary and in reinsurance. He has held key positions at Swiss Re, Allianz and Zurich, and has co-founded multiple insurtech companies.

Amanda sets the strategic direction for data protection and privacy across the Group and is responsible for the legal and regulatory compliance of all group entities and subsidiaries. Previously of Imperial College London, Standard Life Aberdeen and Ashurst LLP, Amanda holds an LLB, LLM and PG Dip Law and is CIPP/E, CIPM, and FIP qualified.

Hailing from Australia, Justin is responsible for all things product. He spent the last five years at food delivery titan Just Eat, building out its customer, restaurant and logistics software products and strategy. He boasts global experience in venture-funded start-ups, unicorn scale-ups and public technology companies.

Andrew joined in September 2021 after ten years of building sales teams for tech companies across the real estate and mobility space. Prior to that, Andrew picked up experience in fleet insurance when he launched a B2B corporate car service in London. At Humn, Andrew works in our Revenue team to drive growth across the business.

Coming to Humn in January 2021, Andrea has launched Operational teams in different countries for companies such as Hiscox and Lockton. She oversees operations, helps build strong customer relationships and maximizes the company’s operating performance. A true travel lover, she always has a different Zoom background.

Formerly the CEO of Walsingham Motor Insurance Limited (WMIL) which was acquired by Humn in December 2021, Garry was part of the founding team that grew WMIL into a profitable, £27m, Commercial Motor MGA. Garry has worked with various Insurance companies and brokers, bringing more than 30 years of industry experience to Humn.

With more than 20 years in compliance, Angela came to Humn in November 2021, bring with her a wealth of experience. She has worked at some of the most notable companies in insurance and finance, including RSA, Aviva and WorldPay. Now she’s responsible for all things compliance across the Group.

Coming to Humn in October 2021, Sonja leads marketing and communications at Humn, including all external-facing content. Making waves in product marketing and employer branding at Revolut, she specialised in wealth and trading during the decacorn’s meteoric global rise. Before that, Sonja worked in the EEX Global Practice at the World Bank.

Joining team Humn in February 2022, Majo has made a big impact on the business in a short amount of time. She is responsible for our expansion into Europe and beyond, leaning on more than seven years of experience in growth, strategy, and operations. As we look towards new markets, Majo will be leading the charge.

First and foremost, Ben is a ‘gear head’ – he loves all things motor related and, when he’s not delivering customer success at Humn, you’ll find him indulging his passion for Motorcycle racing with his family. Working with clients to engage drivers and reduce risk, Ben came to Humn to make a difference in Global Road Safety.